Norwegian Arendal is a newcomer goes from clarity to clarity. 1723 in the latest variant is a serious loudspeaker system in relatively compact form, that even has THX certification and sounds exceptionally good! 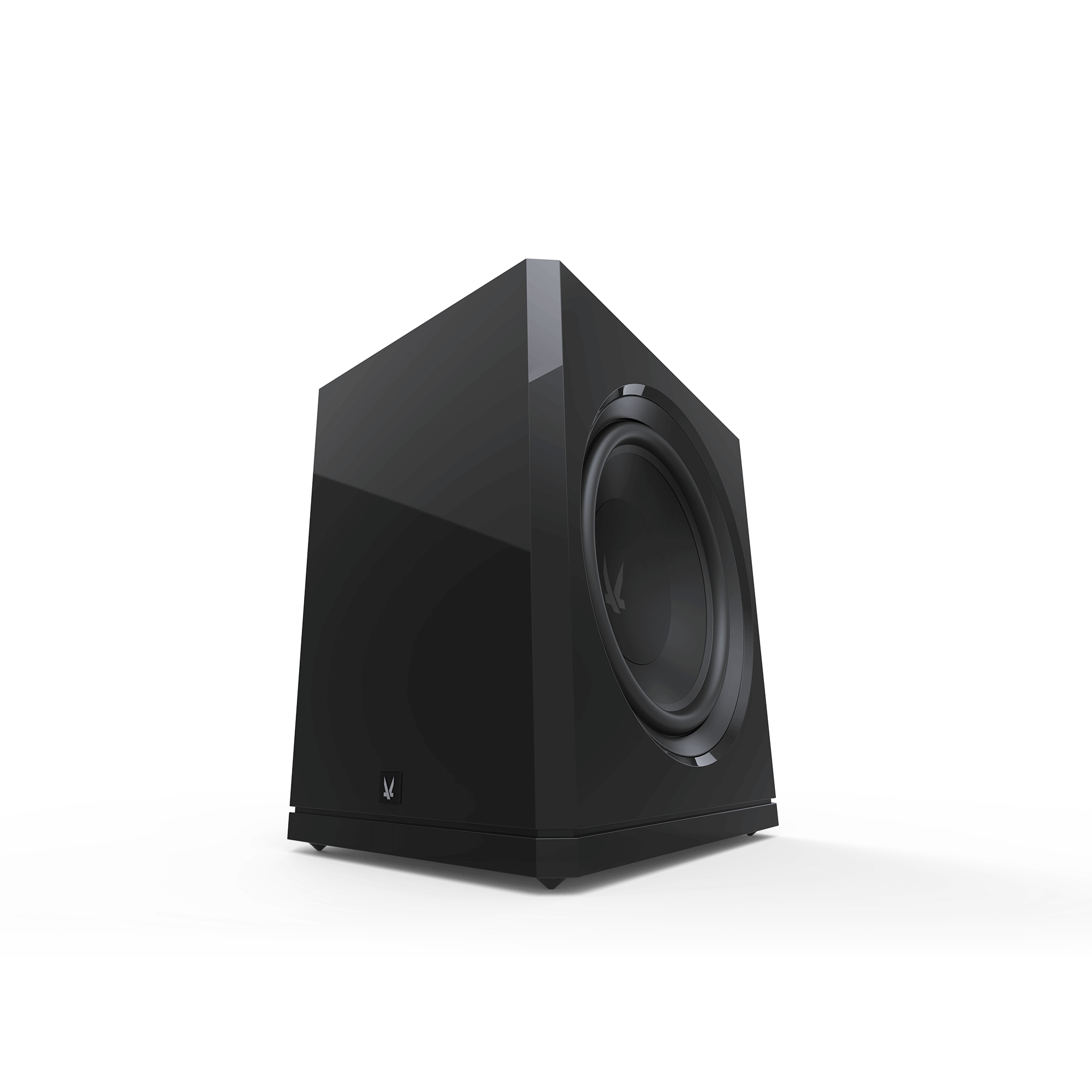 + Full-featured listening experience
+ Solid build
– Center speaker takes a lot of space
= Well thought through and serious on all levels!

We don’t always want large floorstanding speakers in the front. At the same time it doesn’t have to mean that one wants to skimp on the sound pressure, or the sound quality. Norwegian Arendal only has one series in their lineup, the 1723 series. But considering the producers relatively short timeline it is not at all noteworthy. The numbers in series name refers to the year when the southern Norwegian coastal town with 40 000 citizens got their purchasing privileges.

The speakers are designed by Jan Ove Lassesen in the name of the city, and that Jan Ove means business with his speakers is clearly visible. Even such a small thing as that the speakers are delivered together with a hardcover book, where everything from the brands history to the philosophy behind the speakers and why they are built in China to concrete placement guides gives a serious impression. I get strong XTZ-vibes from the whole concept, and just like XTZ:s founder Olle Eliasson, Jan Ove started as a hifi-dealer as well.

1723 Tower is the flagship floorstanding speaker that we tested earlier and it had a lot of nice features. Now the Norwegians have thought of a more compact design and launched the 1723 S. The new addition has a slimmer frame and smaller drivers, but with the same philosophy as its bigger brother. The S-models that we are testing are still big, heavy and serious speakers, everything is relative as one knows.

In the front of the setup we have Monitor S. It is a d`Appolito-configuration with two 6,5-inch woofers on each side of a one-inch tweeter dome. The crossover frequency is as low as 1,4 kHz, and the filter is steep – 24 dB/Octave. They have used high component quality with air core inductors and polypropylene capacitors for all channels, as well as the possibility to add double speaker cables.

The drivers in Monitor S and Center S are identical. The tweeter is a 1-inch dome. The motor in the driver is a neodymium magnet and and the most significant in the construction is the mild hornloading, called a waveguide. Better dispersion on/off axis, higher sensitivity, better control on baffle reflections and approximately one octave lower crossover frequency compared to a traditional dome are the reasons for this choice.

In the bass they have chosen a papercone in all simplicity as they realise long threaded paper fibres are a good choice for optimal lightness and stiffness in the cone. A lot of effort has been spent to create a good voice coil and cooling of it.

The Center speaker is a laying variant with the same size as the fronts, which give a perfect tonal match so you don’t have to listen at the actors changing their voice when they move around in the room. What sets the Center S apart from Monitor S is that the logo is turned 90 degrees and that the terminal plate’s text also is made for a laying format. One disadvantage with the center in many cases is the actual size. In times where the TV’s are thin as a picture the size of the center speaker in aspect is big. At the same time, physics has its laws and you can not downsize it without degrading the quality.

The surround channels are handled by a couple of wall-mounted Tripoles. We find the same waveguide based tweeter above 1,5 kHz like the other channels, as well as the familiar 6,5-inch woofer under. On both sides there is a 4-inch wide band driver that plays above above 200 Hz.

The subwoofer is simply called Subwoofer 1 and its the producers entry level subwoofer. It cost about 8000 SEK (899 EUR) and keeping in mind the power and driver it feels quite reasonable.

When unpacking I am wondering about the driver size. It can’t be just a 12-inch… but not a 15-inch either. The truth lies somewhere in between: 13,8-inch. When specifying their own drivers they can allow themselves to choose unconventional sizes!

Explanation for the picture of 1723 Surround’s rear: Beefy screws are needed for the walls because the speakers feels like they are made of lead. The cables are attached to the same high quality bi-wire screw terminals as the other speakers and there is a keyhole for hanging them on wall as well, additionally there is a smooth cut-out in the bottom to let the cables run freely.

Explanation for the picture of 1723 Subwoofer 1: On the amplifier we find an adjustable phase control, two EQ positions and XLR connections, as well as the normal RCA-females.

The cone is made of paper enforced with glass fibres to make it more rigid. The surround is made of age-resistant rubber. The entire construction weighs 25 kg and its sealed.

The amplifier is an Avalanche 500DSP that operates in class D, which gives a power output of 500 Watts. With the help of a DSP-processor from Texas Instruments, Arendal has been able to finely tune its performance. For optimal integration in different rooms there are two EQ-presets that gives a different deep bass frequency response. EQ2 limits the -3dB point to 34 Hz, while EQ1 digs all the way down to 20 Hz.

There are options to connect the subwoofer with balanced as well as unbalanced signal. The phase is adjustable.

The series contains as we mentioned in the introduction, a couple of really nice (and really big) front speakers in the shape of 1723 Tower, but also the smaller 1723 S with 6.5 instead of 8-inch woofers and further three subwoofers in different sizes.

One detail that I personally like is the black fabric bags the speakers are contained in. For us that want to store or move the speakers around, but have thrown the boxes away, these bags are a practical solution. All drivers are protected with cloth grilles that are held into place with magnets.

On the accessory list we find a pair of really nice matching stands for the front channels.

I’ve already tested the floorstanding 1723 Tower with great results for “Hifi & Musik” so the expectations were high when i unpacked todays test system. If you like the floorstanding speakers I can reveal that the S-minors delivers lots of the good stuff from the Tower models. The sound is clear, direct and precise with a real and robust sound. The soundstage is relatively large with distinct room and depth perspective. Voices feels honest and natural and never nasally or too meaty.

The dynamics are everything but shy and it is very fun to listen to music or watch movies with this system. If you have a lot of power to feed the speakers with, you will be richly rewarded with even more of all the good characteristics, because even if Arendal doesn’t kill small amplifiers, a lot more happens if you have plenty of power.

The subwoofer completes the powerful presentation with a really tight, heavy and stable fundament. The subwoofer as well as the rest of the system has the capacity to play really loud, and that in combination with the high playback quality means a wide audience should appreciate the sound of Arendal.

If you have previously been longing for the larger speakers in the 1723-series and haven’t pulled the trigger because of your room or wallet not stretching out, the S-models may just be what you are looking for. With a little more amplifier power the relatively sensitive speakers will blossom even more. The playing style is powerful and honest, just like their physical appearance with solid boxes and the detailed craftsmanship. The large center speaker is something I can personally live with as the system has many advantages as a total. An unquestionable recommendation! A lot of time has been spent on the tweeter and its dispersion. All drivers in front are the same type. 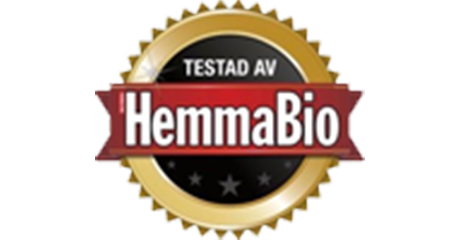