It’s a subwoofer that manages to sound really big and powerful but on the other hand also takes on a much more subtle role as part of the sound system. 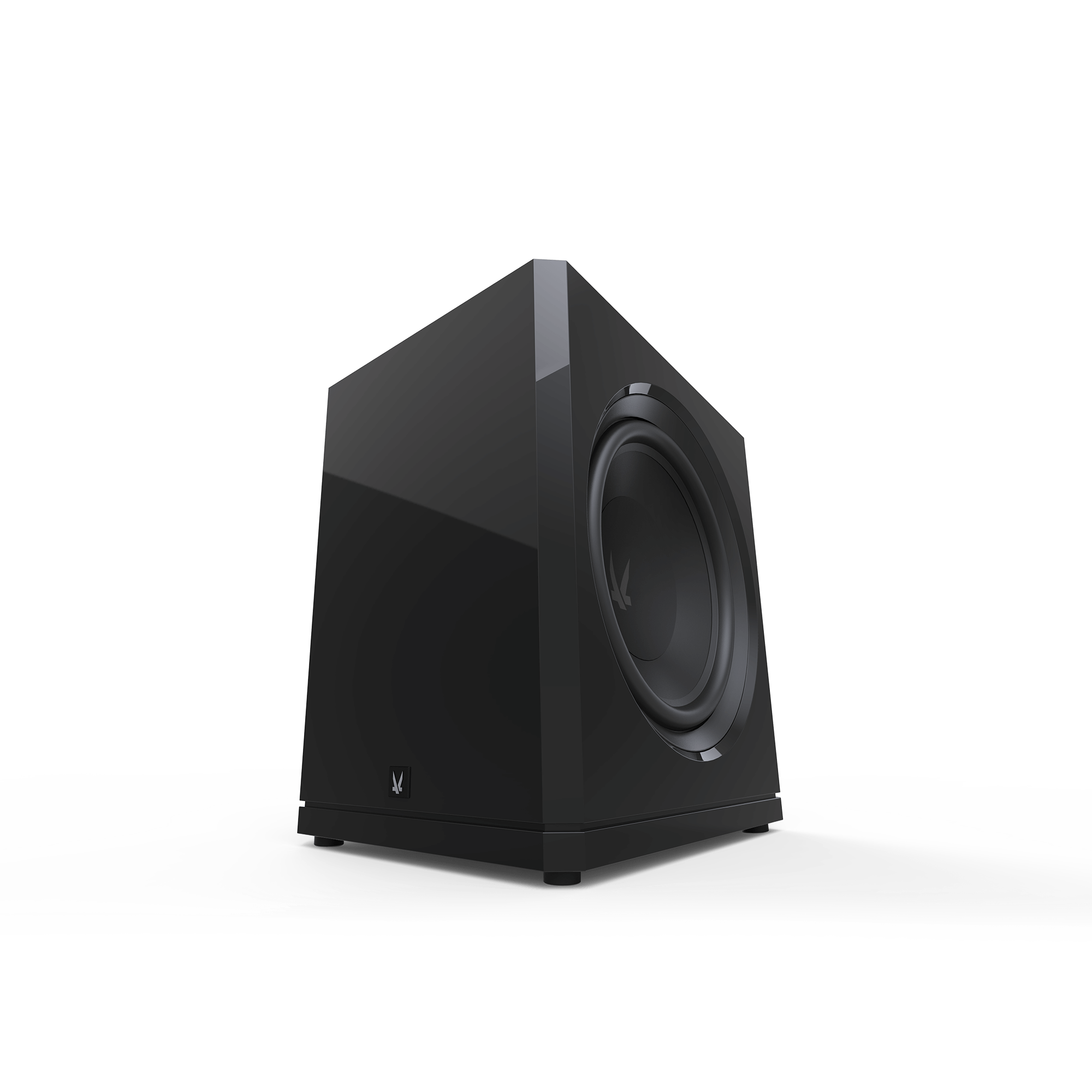 Rumble from the land of fjords

In recent years, Norwegian Arendal has been at the forefront of the speaker market with its affordable but high-quality creations. The same goes for fresh 1723 series subwoofers, at least based on the sealed active 1S model we’re testing now!

Over the past couple of years, Arendal has managed to convince not only us but also many other international hi-fi publications in size with rather agile speakers and subwoofers. Of the relatively recent Norwegian brand series of 1961 and 1723, both have visited different configurations in our tests, mostly with quite commendable results. Most recently, we introduced the 1961 Series 1S and 1V Active Subwoofers about a year ago in issue 10/2019. At the time, we found both models to be among subwoofers in the higher-priced region (1S 799 euros and 1V 999 euros).

The same description basically fits as it is in the 1723 series oven fresh, starting at € 1,299 for a closed active 1S model that we got to test just before international publication of the subwoofer. The renewed 1723 subwoofer assortment also includes the reflex principle functional 1723 1V (starting at € 1,599) and dual-driver versions 1723 Subwoofer 2S (starting at € 1,999) and 2V (starting at € 2,499) from both models.

Arendal differs from more traditional speaker brands in that it sells its products directly in its own online store. The price of the speaker shown on the website includes VAT and delivery, and Arendal takes care of customs duties. The company uses DHLfor delivery.

What is also special is that Arendal promises a 60-day money back guarantee on its products. The products can be returned (at cost) and get your money back, if for some reason the quality was not satisfied.

The speakers themselves are designed in Norway, but manufacturing and assembly take place in China. However, having tested several Arendal speakers, we can assure that in optimizing cost structures, the company has not gone from the lowest point of the fence, as the workmanship and overall quality impression of each speaker that is encountered are quite high. Arendal also relies on its own products to the extent that it promises them a 10-year warranty (five years for electronics).

Where many manufacturers today are focused on designing streamlined and sleek speakers and the market is no longer actually favoring home theater series as before, Arendal is not following this route. The manufacturer’s range is mainly determined by its different, bold size and in its own way, a brutal design language. In addition, all of Arendal’s year named collections are full-blooded home theater speaker sets, including all the necessary speaker models and even offering choices for different implementations.

The downside, however, is that in principle – with the exception of the center and ceiling speakers – each pair of speakers also works as such in a stereo set, and so do the subwoofers in the collections in the 2.1 configuration. While the synergies within the brand certainly mean, for example, the 1723 Subwoofer 1S can be part of any configuration, be it a stereo or multi-channel system.

The sealed Arendal 1723 Subwoofer 1S is perhaps not quite as large in size as the brand’s largest vented models. In fact, the 1723 1S is still on the verge of being, in principle, quite easy to blend into any room and interior. Less than half a meter and the width of no more than 33.5 cm, so 1S is relatively easy to place even in the corner of a living room. The mass for the hdf-enclosed unit has still accumulated a relatively moderate 24.5 kilograms, so moving the subwoofer in search of a place is still quite effortless, as long as you take care of the lifting technique. The enclosure volume efficiency is likely to be quite optimized for the subwoofer, however, the 1723 1S driver is relatively large at 13.8 inches. The driver, on the other hand, has been redesigned for the model range and now offers, among other things, 50% higher excursion. The cone material used is a mixture of long-fiber pulp and fiberglass.

The amplifier in the 1723 1S is Arendal’s own Avalanche IQ, in this rated at 800 watts (rms). The connection options are stereo RCA and XLR for direct output from the preamplifier and the same connectors also on the outputs if you want to chain two subwoofers to the system, for example.

One thing that makes the Arendal 1723 Subwoofer 1S an even smarter solution is its versatile adjustability. Where there are usually knobs behind subwoofers mainly for level and crossover control, in some cases perhaps a phase shift switch, the Avalanche IQ amplifier includes many advanced control options such as signal phase inversion and fine tuning, low pass filter fine tuning, three preset equalizer profiles, 7 band parametric equalizer, volume and input level adjustment and so on.

For the time being, the adjustments are made with a clever 180-degree rotating screen behind the subwoofer, a rotary control and two buttons, but in the future, according to the manufacturer, a mobile application will be launched. That would make it easier too, during the setup of the adjustments, for example different examination of equalizer profiles.

Assessing the sound quality of a subwoofer is not as straightforward as it is with speakers, for example. Where the speakers either sit or do not sit in the space for their implementation and features and are judged fairly as such, getting to know the real capabilities of a subwoofer often requires a couple of rounds of adjustment and listening and again adjustment.

The most important thing in embedding both the speakers and the subwoofer in the sound system is, first of all, finding the right placement. Where the speakers must maintain their proportions and distance in the triangle from the listening position, the position of the subwoofer can be retrieved a little more freely. This is because the lowest frequencies are not as directional as the higher ones, which are reproduced by the main speakers.

So the subwoofer can be placed a little more freely in the room, but a good starting point is to try to keep it in terms of distance with the same ones as the main speakers. Corner placement per se does not hurt, it is even a workable solution in some cases, as long as the subwoofer level is set correctly.

In our case, the 1723 1S was placed in a corner on the same line as the main speakers, and the level of the input signal was allowed to drop immediately by 10 decibels from the factory settings. When the appropriate level is in place, we are still looking for suitable values ​​for low-pass filtering in relation to the reproduction of the main speakers. Depending on the space and placement, it may also be convenient to try subsonic filtering of the amplifier, which can attenuate the 12-31 Hz band at six or 12 decibels.

When the location and level of the Arendal 1723 1S was found, we followed the manufacturer’s recommendations and we let the subwoofer play for just over 50 hours to make the playback burst into full glory. However, there can be many opinions about this so-called break in period. Someone might wonder why some kind of finishing of the product remains the responsibility of the consumer. Shouldn’t it be ready when you leave the factory? The other side of the matter is that the break-in and the adjustments made during it make the listener pay a little more attention to the playback – while, for example, the suspension of the cone stretches to the optimum.

In any case, for 1723 1S, we did not actually notice the changes during or after the break-in period, so the break-in time is likely to be mostly indicative. Recently, our ears have mostly been accustomed to compact subwoofers, so the 1723 1S was quite a blow to the face – in a good way. The amount of power and dynamics crammed into the case felt unusually concrete, and when needed, the subwoofer managed to release so much sound pressure that the legs fluttered. Playback at full power was given less emphasis in our tests, as the sound pressure was so high that it already hit a limit of discomfort – which, however, should be read in favor of 1723 1S. It rarely happens that the listener runs out of juice before the speakers.

However, the mind-boggling power as such is not a big plus. Instead, sensible use of power reserves and scalability even for quiet listening are the signs of a high-quality subwoofer. And in this field, Arendal again succeeded. As mentioned, the subwoofer is set up correctly when it is almost not even noticeable. In this role, the 1723 1S very naturally and seamlessly continued to play where the main speakers were rolling off, even for music content that was reaching the very deepest frequencies.

It should be noted, however, that the optimal location in the playback chain required their own adjustments. By default, the subwoofer was far too loud and distinctive, but by lowering the level and focusing on the equalizer settings, a suitable response was found. And when it was found, listening was just so much fun.

● The Arendal 1723 Subwoofer 1S is yet another steadily strong milestone on the path seen in favor of the Norwegian manufacturer. It’s a subwoofer that manages to sound really big and powerful but on the other hand also takes on a much more subtle role as part of the sound system.

This is exactly the versatility of the 1723 1S, and given the high quality workmanship and reliable operation, the total value of the subwoofer only increases. It must be said, however, that the 1723 1S is not really neither a compact, nor a particularly large subwoofer. However, the benefits of an enclosed enclosure and the power of implementation are cleverly in use, so if you’re looking for a serious subwoofer for versatile use and reserving reasonable space for it in the listening room isn’t a problem, the enclosed 1723 1S is a truly convincing option in its class.

THE PROS AND CONS

– No (at least not yet) mobile application 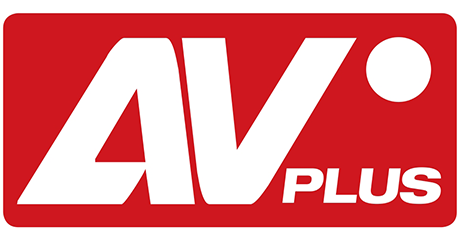